Mission to transform the Health Sector of Lagos: A Breakfast Meeting with Dr Jide Idris

“A key part of Dr. Jide Idris’ delivery is his honesty of self-assessment. If you do not know where you are, you cannot plan for where you need to be”. ~ Remi Adeseun, Country Manager, IQVIA West Africa/Moderator, Breakfast with Dr. Jide Idris.

On Tuesday, June 5th, at the Nigeria Health Watch conversation, “Breakfast with Dr. Jide Idris: Leading Health Sector Transformation in Lagos,”  Dr. Olajide Idris, the guest of honour took the entire room of senior figures in the Nigerian health sector on a journey. The Lagos State Commissioner for Health seized the audience’s attention with his passion, depth of knowledge, and humour, as he shared achievements, successes, challenges and learning points in his public service.

When he was invited to join then Governor Bola Tinubu’s cabinet in 1993, as Commissioner for Health for Lagos State, Dr. Idris did not plan to stay long. Twenty-five years and three governors later, he is probably the longest-serving Commissioner for Health in Nigeria and Lagos State has been the better for it. During his tenure in public service, first as Permanent Secretary of the Ministry of Health and as then Commissioner for Health, under Governors Bola Tinubu, Babatunde Fashola and the incumbent Akinwunmi Ambode, the Lagos state health sector has undergone enormous reform, to become one of the forerunner states in Nigeria’s health care story.

The event on Tuesday starting at 8.30 am required an early start for the audience, but the room was filled, indicating the eagerness of many to listen to, and learn from Dr. Idris. Key individuals in the Nigerian health sector, public and private were there with their contributions and questions. Before Dr Idris began his 40-minute talk, sharing his experience, guests were treated to a mini-montage that curated Dr. Idris’ achievements and the viewpoints from some of his colleagues who had worked closely with him. 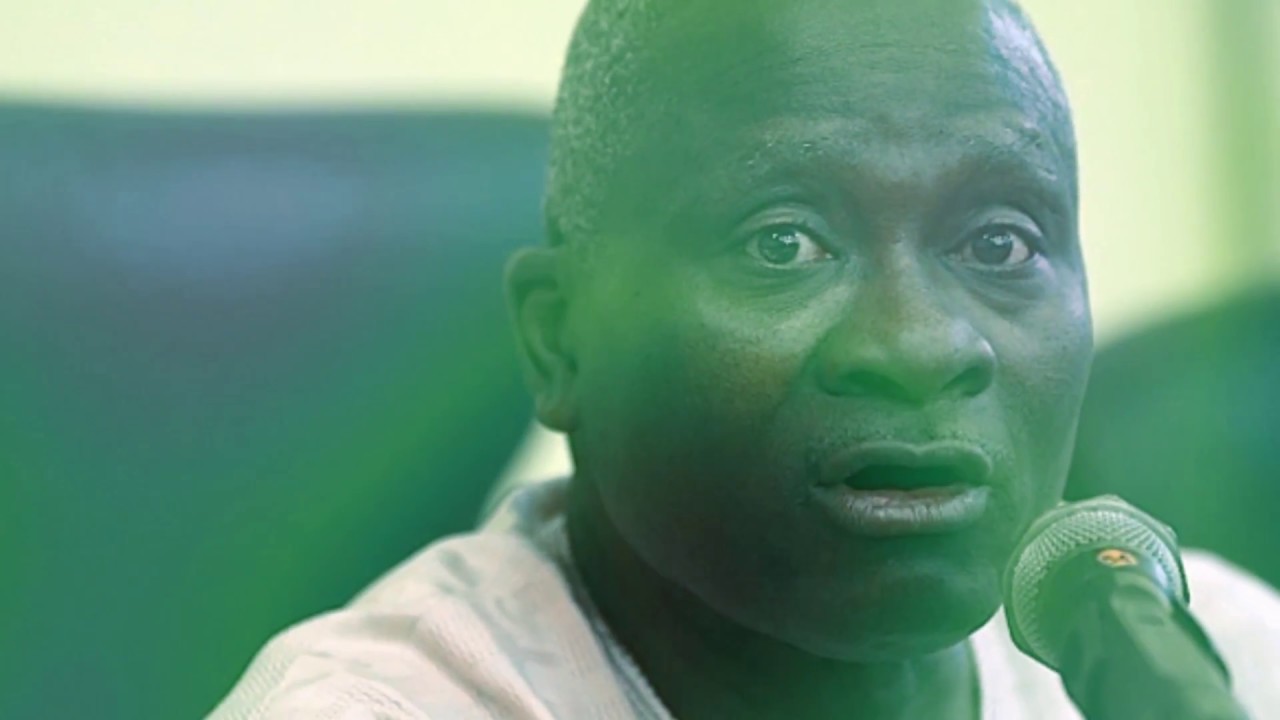 There were also accolades for him from those in the room. Dr. Mojisola Odeku, Portfolio Director at the Nigerian Urban Reproductive Health Initiative (NURHI2) mentioned that she was one of Dr. Idris’ champions. Niger State Commissioner for Health, Dr. Mustapha Jibril, told the room that he was there “specifically to learn from a senior and experienced colleague, whose contributions are always very apt.” Dr. Paulin Basinga, Country Director of The Bill & Melinda Gates Foundation, said that he found it incredible how Dr. Idris was able to delegate to his team members in a way that allowed for efficiency and increased productivity.

Dr. Idris said that his plans to upgrade the Lagos State health system through a comprehensive Health Sector Reform agenda came from the first Health Sector Reform Program for Nigeria that was developed under the tenure of Professor Eyitayo Lambo between 2003-2007. Idris recognized that although the program was nationwide, it could be amended to suit the state’s peculiar needs, and so he set about doing exactly that.

In a country and political system rife with pet projects and abandoned projects, it was refreshing to hear how Dr. Idris and his team used the Reform Program for Nigeria to begin building up the Lagos State health sector. The commitment to building upon what exists and developing a culture of continuous development has helped set Dr. Idris apart in his work for his long-range vision and innovation.

He attributed his success as commissioner to two main things; first was political commitment. “The three governors I have served have shown commitment to the health sector… If you don’t have the support of your chief executive, you can’t achieve much,” he said. This commitment is obvious in the steady increase of funds allocated to the Lagos health sector, one example being that the health budget has increased from N6.6 billion in 1999 to N178 billion in 2017 (bearing in mind adjustments for inflation).

The second was collaboration. “You can’t do any meaningful work in the health sector without teamwork,” he said, adding, “Without collaboration, there is no way we would have succeeded in containing Ebola because everyone came with different expertise”. He also credited the achievement of high immunisation rates to collaborative partnerships. “Inter-sectoral collaborations have been key to handling the large and diverse population that resides in Lagos State. Working with Ministries of Education, Women Affairs and Finance have largely improved our outcomes,” he said.

His lecture style delivery turned a room-full of senior health colleagues into willing students as he carefully explained how Lagos State was able to plan for the health needs of its residents, the challenges of leading such a complex state, and the work that went into preparing for potential health emergencies.

Answering the question on the state’s preparedness for another epidemic four years post-Ebola, he stated, “I wouldn’t say we are 100% prepared for the next big disease outbreak, I would say we are better prepared than we were in 2014, but we still have a long way to go.”

On lessons learned Dr. Idris shared his perspective on, amongst other things, health promotion and disease prevention. “Our fixation on hospital care is not right…we seem to prepare our people to get sick and go to hospitals. The right health-seeking behaviour must be encouraged through health promotion,” he said, adding that as a country, Nigeria’s focus must shift from just infrastructure building and hospital care to encouraging behavioural change in order to prevent diseases in our communities.

His presentation whetted more than a few appetites as hands shot up all over the room during the moderated discussion session. Fellow public servants, colleagues from the development sector and private health players had listened, and now were ready, like eager students to engage the professor. Questions ranged from issues of effective leadership, navigating the politics of the state while trying to deliver results, and sustainability. The hands kept going up until the Moderator, Country Manager for IQVIA West Africa, Remi Adeseun, brought the discussions to a close.

Dr. Ifeanyi Nsofor, Director Policy & Advocacy at Nigeria Health Watch, closed the discussions by thanking Dr. Idris for sharing his experiences and lessons learned. He made one salient request of Dr. Idris; that he should work hard to ensure that the Lagos State Health Insurance Scheme works, and works well, as Nigeria begins to point itself in the direction of Universal Health Coverage. He noted that, “If Lagos state gets health insurance right, other states will get it right and if Nigeria gets it right, Africa will get it right”. We continue to advocate for the establishment of State Health Insurance Laws by all states across the country as one step that will help bring basic health care services closer to Nigeria’s estimated 190 million people.

We at Nigeria Health Watch, in keeping with our commitment to challenge poor practice and celebrate achievements in the Nigerian health sector, celebrate Dr Olajide Idris for the consistency and excellence of service he has shown in his public service. We hope that other states will learn from both the success achieved by the Lagos State health sector, and the challenges and learning points that have emerged to emulate the drive and long-range vision that Dr. Idris has exemplified, so that jointly we can build up the Nigerian health sector.

Dr. Idris’ example shows that building an effective health sector is a progressive venture that requires tenacity, dedication, a heart for good governance, great team building, and a good dose of optimism for those days when things may not go as planned. It was Margaret Mead who said, “Never underestimate the ability of a small group of committed individuals to change the world.” To Dr. Idris and his team, we say a heartfelt Ese, Nagode, Daalu, Ese, Sosong, Nagode, Wekobiro, Kubetu, Imela, Miyetti… Thank you… for being committed… for changing your world, and ours.

Do you know anyone, at any level, who is quietly making an impact in the Nigerian health sector? Do let us know by leaving a comment, and if eligible, nominate them for the Nigeria Health Watch, Health Worker award.