Record and Respond: How one Zaria Hospital is Tackling Maternal Deaths

The ancient city of Zaria in Kaduna State is one of the most famous cities in Northern Nigeria. Aside from its cultural history, it is home to some of the country’s most prestigious educational institutions; the Ahmadu Bello University (ABU); the Nigerian Military School (NMS) and the Ahmadu Bello University Teaching Hospital (ABUTH). Less well known is the Gambo Sawaba General Hospital (GSGH), a state government-owned hospital located in Kofan Gaya, on the outskirts of the city.  In an effort to understand why women were dying, while trying to give birth, in 2016 GSGH put in place the Maternal and Perinatal Death Surveillance and Response (MPDSR) System to track and keep records of maternal deaths in the hospital

Maternal health statistics are a litmus test for a nation’s development. In Nigeria, women still die from avoidable complications during pregnancy and childbirth. A significant number of maternal deaths in the country have been traced to a lack of medical supplies and equipment in health facilities and a shortage of health personnel. In Nigeria, poor road infrastructure and transportation systems, especially in rural areas, also stops women from accessing health facilities where they are available. Poor levels of education among women often means that they hold on to harmful cultural beliefs and practices about maternal health, posing a major challenge to attempts to reduce maternal mortality. 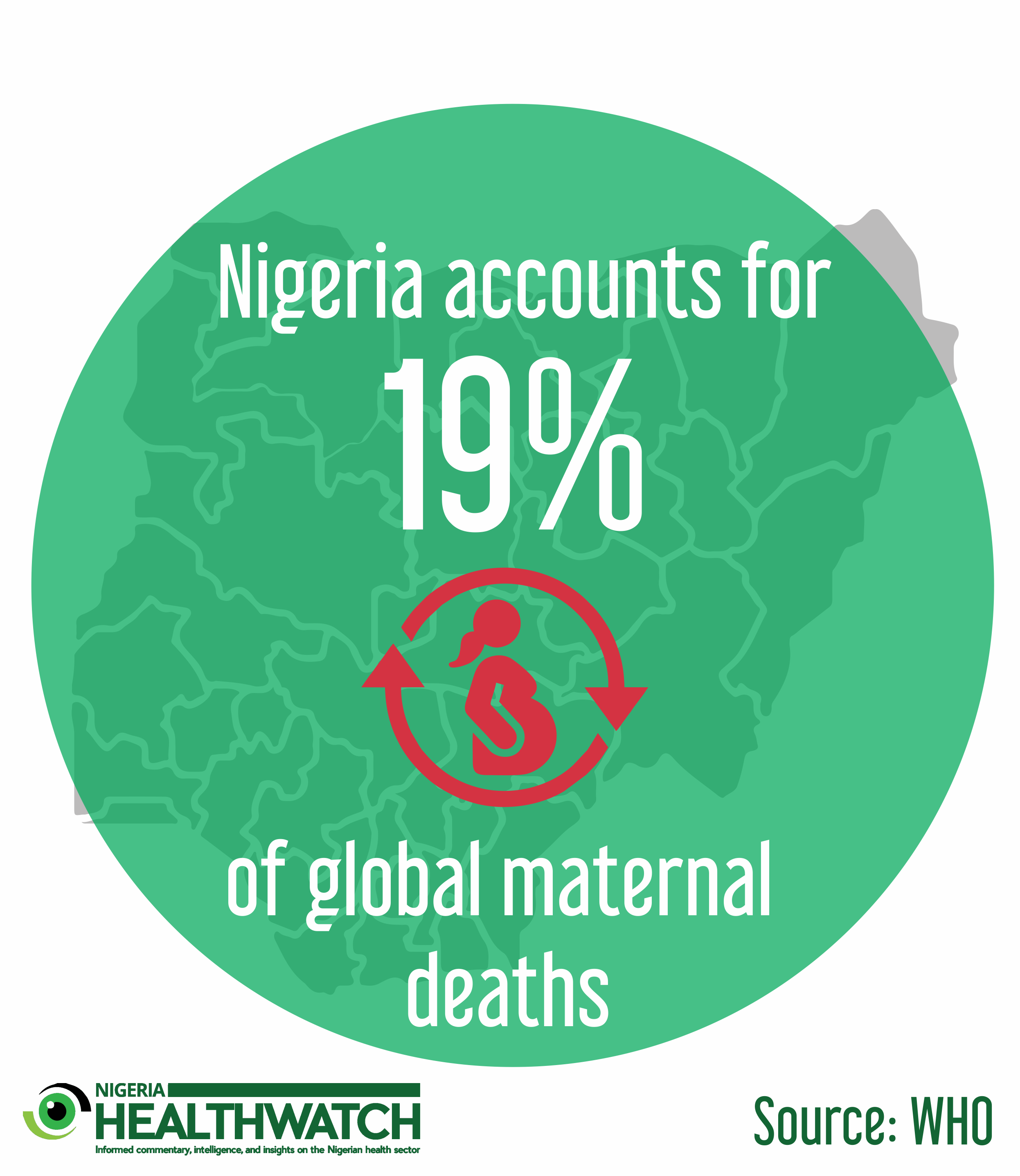 It is estimated that about 58,000 women die every year in Nigeria while pregnant, during childbirth or within 42 days of delivery, making ours one of the countries with the highest maternal mortality burden in the world, and accounting for 19% of global maternal deaths. Severe bleeding, infections, high blood pressure and complications during delivery are the major causes of maternal deaths in developing countries according to the World Health Organization (WHO). But these causes vary from facility to facility, or from one locality to another. The causes are also preventable if the right approaches are applied at various levels. One such approach is recording and reviewing maternal deaths at health facilities, a process that can be designed and implemented by the facilities themselves.

The Maternal and Perinatal Deaths Surveillance and Response System identifies, records and keeps track of maternal deaths at community, facility, state and national levels. It also involves timely reviews of those deaths, with the aim of understanding the likely underlying causes and actions that can be taken to prevent them at specific levels, as well as monitoring of those actions. In 2004, the WHO, in a landmark publication titled Beyond the Numbers, recommended that all countries that had not established MPDSR systems should do so to help reduce maternal deaths across the world. This was followed by a Technical Guideline in 2013 on how MPDSR should be carried out at community and facility levels, clearly stating the roles of every stakeholder involved.

Located in a neighbourhood area, the Gambo Sawaba General Hospital serves as the first point of healthcare for many residents in Zaria, as well as a referral facility for various primary healthcare centres in and around the city. As with other secondary facilities, it has several units including emergency, maternity, antenatal, obstetrics and gynaecology units. The hospital provides inpatient and outpatient services, as well as antenatal services, attending to over 300 pregnant women every month according to Mrs. Fatima Shaban, who is in charge of the antenatal unit. The nurse in charge of the maternity unit, Mrs. Maimuna Ibrahim Muye adds that close to 200 women give birth every month in the hospital. In 2016, the hospital established its own MPDSR committee chaired by the Medical Director, to record and identify the cause of every maternal death at the hospital. Prior to that, maternal deaths were neither recorded nor deliberated upon, and the hospital did not take note of the actual number of women who lost their lives while giving birth. As a result, opportunities to address the underlying causes of these deaths were missed. Dr. Anthony Hycient, a senior medical officer in the maternity unit and coordinator of the MPDSR committee, says even though the actual numbers of maternal deaths prior to 2016 are unknown, they were considerably higher.

The MPDSR committee has received training from the Maternal, New-born, and Child Health Program funded by the United Kingdom Department For International Development (UK-DFID). It includes members from all units of the hospital and meets monthly. When a maternal death occurs, the committee meets within 48 hours to deliberate on the likely cause and take action. Through their work, the committee identified severe blood loss and prolonged labour as major causes of maternal death in the hospital. This led the committee to recommend to the hospital management the establishment of a blood bank solely for the maternity ward of the hospital, to complement the existing bank in the laboratory which sometimes runs out of blood. The hospital management promptly obliged and went further to procure a blood warmer for the unit, according to Muye. The committee also enforced a system where at least three pints of blood must always be available at any time in the blood bank, to avoid delays in the event of an emergency blood transfusion. by encouraging relatives of women who have received transfusions to either donate or buy blood to replace each pint used. Muye believes that this is the most remarkable initiative of the committee. She boasts that “We have not lost a single woman due to blood loss since we started it.”

The committee also identified delays in the decision to seek care as a major cause of maternal death, because it usually resulted in a prolonged labour. As a result, they mandated that the antenatal and maternity units of the hospital begin an advocacy campaign encouraging pregnant women to visit the hospital as soon as they felt the signs of labour. It involved going on advocacy visits to various primary health centres in and around Zaria, to advise them to make timely referrals of pregnant women in labour who require advanced care in secondary facilities. The committee also facilitated a sustained collaboration between the maternity unit and the theatre, to ensure the availability of a doctor in the theatre if there is a need to perform a Caesarean Section (CS). These efforts have led to a reduction in maternal deaths, but Muye believes more work needs to be done, as some primary health centres still refer pregnant women in labour to the hospital quite late, with some women losing their lives on arrival. 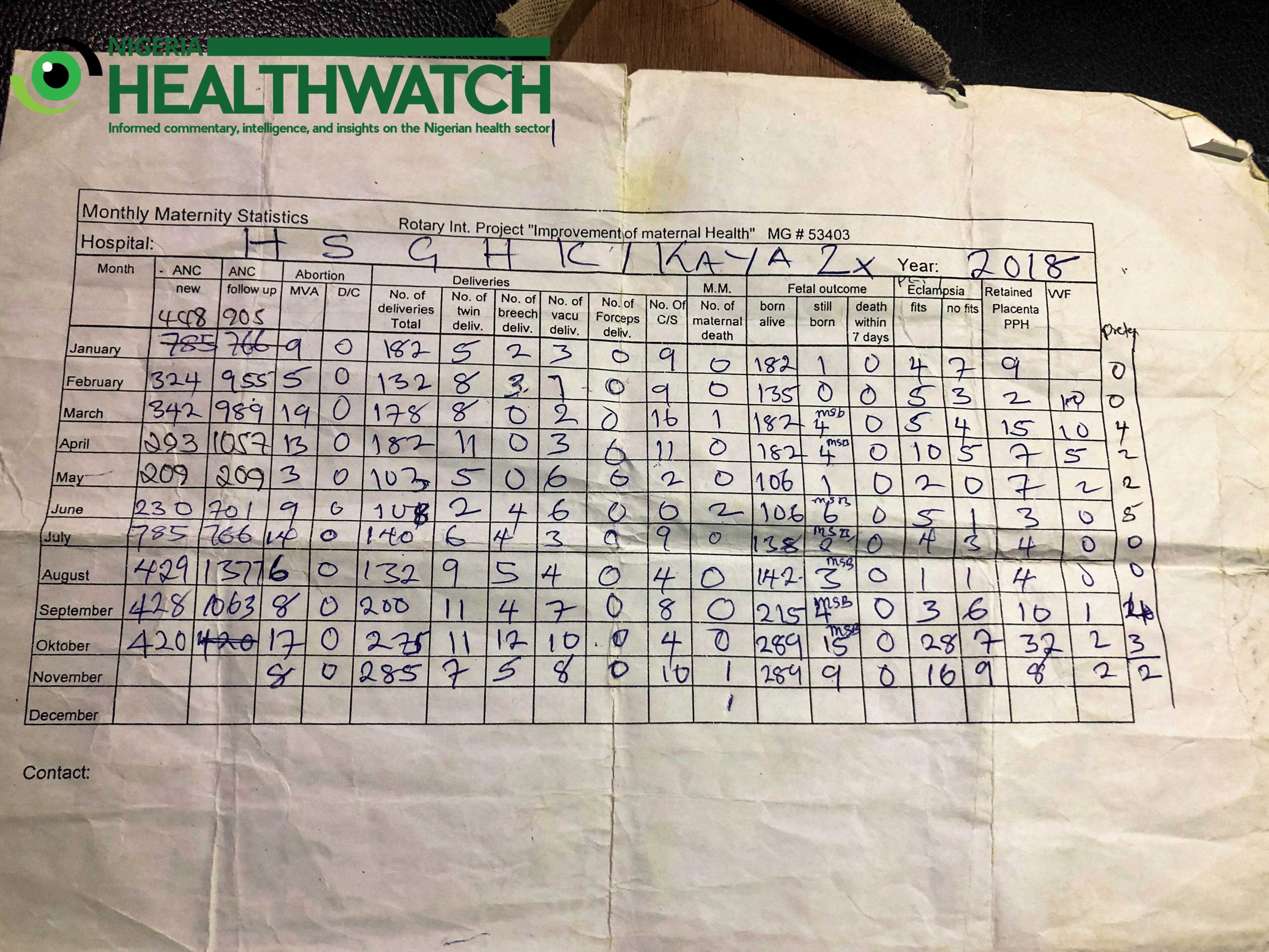 The Federal Ministry of Health (FMoH) collaborated with the Society of Gynaecology and Obstetrics of Nigeria (SOGON) and Evidence for Action (E4A) to produce the Nigeria National Guideline for Maternal and Perinatal Death Review and Response as far back as 2013 to guide the implementation of MPDSR from the community to national levels. While it appears to be contributing positively at this hospital,  it is not clear to what extent MPDSR is implemented across the country, and how aware the communities and health facilities are about the advantages of recording and reviewing maternal deaths in their areas. It is also unclear whether governments at all levels recognise the importance of the full implementation of MPDSR to drastically reduce the country’s maternal mortality rate.

Gambo Sawaba General Hospital appears to be on the path towards reaping the rewards of its MPDSR implementation, with a slight reduction in maternal deaths from 8 in 2017 to 5 in 2018. This is in addition to the more difficult, how to quantify benefits of the knowledge sharing by and between staff members of the committee. The committee, however, could complement their efforts by widening their advocacy to communities and religious leaders in Zaria to encourage prompt visits to the hospital for delivery, as well as make a case for recording maternal deaths within the communities. The hospital can also improve and better safeguard its recordkeeping by using electronic methods instead of a paper-based system. One possible solution to the challenge of electronic records that the Kaduna State Government may want to consider to support Gambo Sawaba and other health facilities is the example of what Lagos State is doing to digitize it’s maternal death surveillance response. 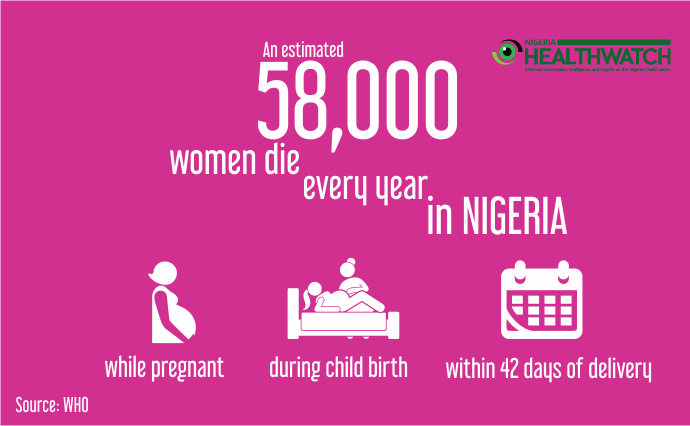 Do you know someone who suffered an adverse effect (ie maternal death)? Did the health facility document the death using the Maternal and Perinatal Death Surveillance and Response (MPDSR) system (or any other system) and explain the causes of death to the family?

It is only through understanding the underlying causes of maternal deaths in Nigeria, that solutions can be found, so that no woman has to die giving life.