Detect and Respond: How Edo State is responding to the Yellow Fever outbreak

The new Public Health Emergency Operations Centre (PHEOC) is alive with activity on a Monday morning in Benin City, capital of Edo State. The buzz in the room is comparable with the Oba Akenzua Cultural Centre motor park that shares a fence with the Edo State Hospital Management Board, where the PHEOC is housed. Mrs. Kehinde Oboro, the State Disease Surveillance and Notification Officer (DSNO) is busy greeting, instructing, and having friendly banter with her colleagues.
Those in the room are primarily DSNOs from the 15 local government areas of Edo State and other partners working in the state. They sit around the table like Knights of King Arthur waiting for the General to give instructions on the battle strategy. The General they are waiting for is the State Epidemiologist, Dr. Williams Irowa. And the battle? The suspected Yellow Fever outbreak in the state that begun in November. They are joined in the meeting by a response team from the Nigeria Centre for Disease Control (NCDC) led by Dr. Williams Nwachukwu.

The response cycle to a disease outbreak

The major mandate of the NCDC is to protect the country against infectious diseases that have the potential to cause widespread public harm such as viral hemorrhagic fevers, polio, cholera and others. There is now a legal mandate to perform this duty with the assenting of the President to the Act establishing the agency. On December 17th in Abuja the NCDC will launch its National Action Plan for Health Security (NAPHS). Prevention is an important strategy in the agency’s responsibilities, says Dr. Joshua Obasanya, Director of Prevention and Programs Coordination. But where prevention fails, the moments after an outbreak are critical to effectively contain the disease. This requires speed to start investigations, contact tracing, risk communications and management of suspected or confirmed cases.
To facilitate a quick coordinated response, NCDC began setting up of PHEOCs as part of its five-year strategy plan. Centres have been set up in 9 states with support from their respective state governments. Dr. Obasanya said that all states need to do is take ownership and domesticate these efforts by the NCDC, be proactive with disease surveillance and report cases promptly using the established communication channels, such as the World Health Organization’s (WHO) Integrated Disease Surveillance and Response (IDSR) system. “When states report cases on time, we have the capacity to support them because we have enough goodwill from many partners to respond accordingly,” he said. 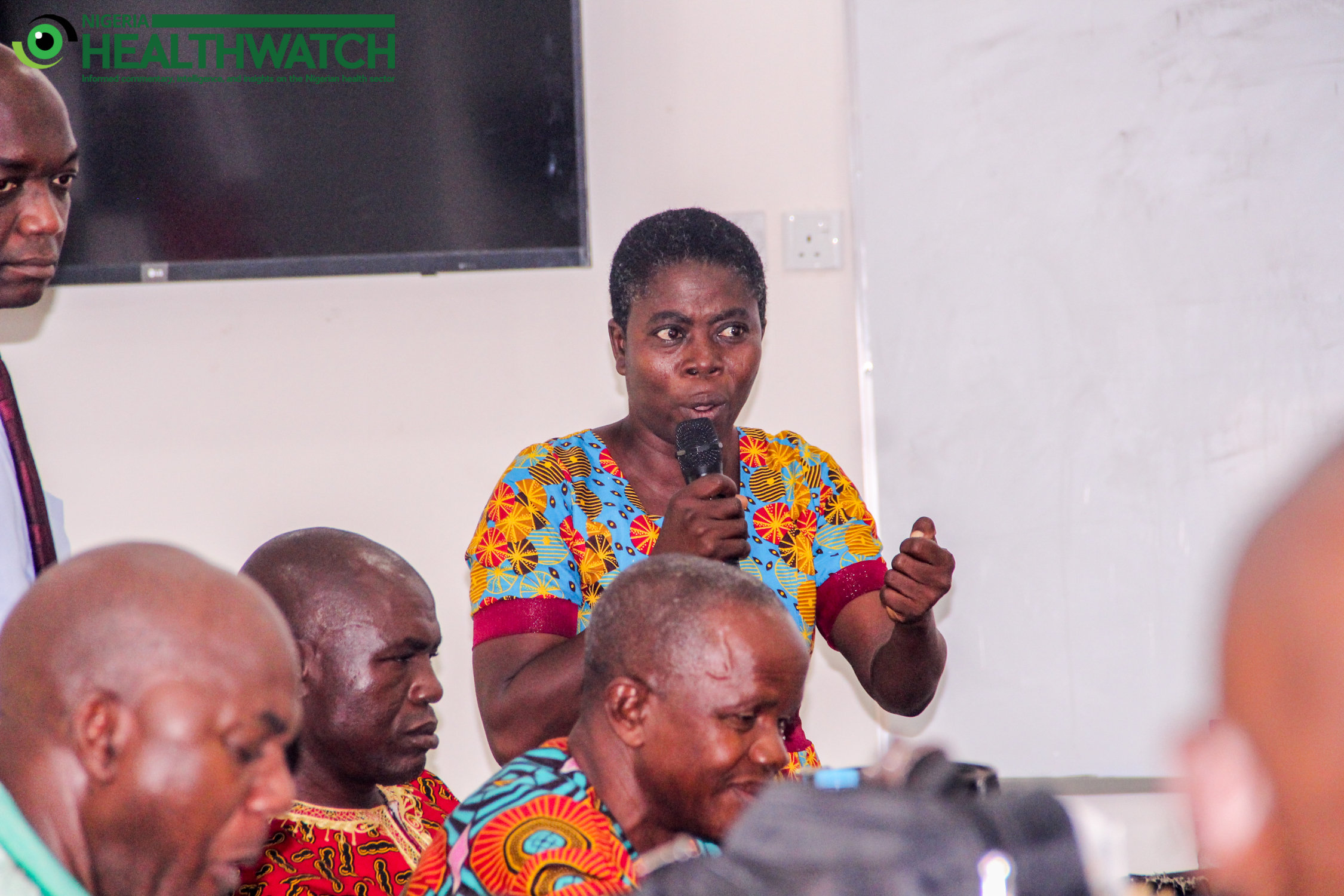 First port of call in outbreak response
Disease outbreaks usually start from a single point, either in a rural community or city, before they spread to other locations. The speed at which they are detected, reported and investigated make a lot of difference in the management of outbreaks. In a paper by Hassan et al published on the PLOS website, they described the impact of delayed reporting on the response to the 2017 Meningitis outbreak in Nigeria.  The research demonstrated the importance of timely detection and reporting of disease outbreaks to aid effective control before it leads to more diseases and deaths. States must be able to detect and activate notification channels quickly as this is key to effective epidemic control, the research concluded.

Some states might not be as proactive as they should be in reporting outbreaks, according to Dr. Obasanya. States are sometimes in denial when there are suspected disease outbreaks and only report when things get out of control. While the NCDC provides high-level coordination, oversight and provides policy direction, as well as managing partners to prevent or respond to outbreaks at the state level, most state governments are still building up their capacity to take ownership of response efforts.

To change this narrative, strong attention must be given to strengthening capacity at the facility and Local Government level, both in rural and urban locations. This will help develop a keen sense of observation and high index of suspicion to detect potential disease outbreaks. A high index of suspicion by health care personnel was key to the detection of the current yellow fever outbreak in Edo.

The first case of yellow fever in the recent outbreak showed up at a health centre in Ehor, a community just off the Benin-Auchi road in Uhunmwonde LGA. Staff at the hospital had a high index of suspicion, but because Lassa fever is endemic in the state, this delayed activation of the response system. They initially assumed it was Lassa fever. According to local staff, when the first patient presented, they suspected Lassa fever and sent the patient to the Irrua Specialist Teaching Hospital (ISTH) for care. When the sample collected turned out negative for Lassa fever, other options were considered, leading to the eventual diagnosis of yellow fever. 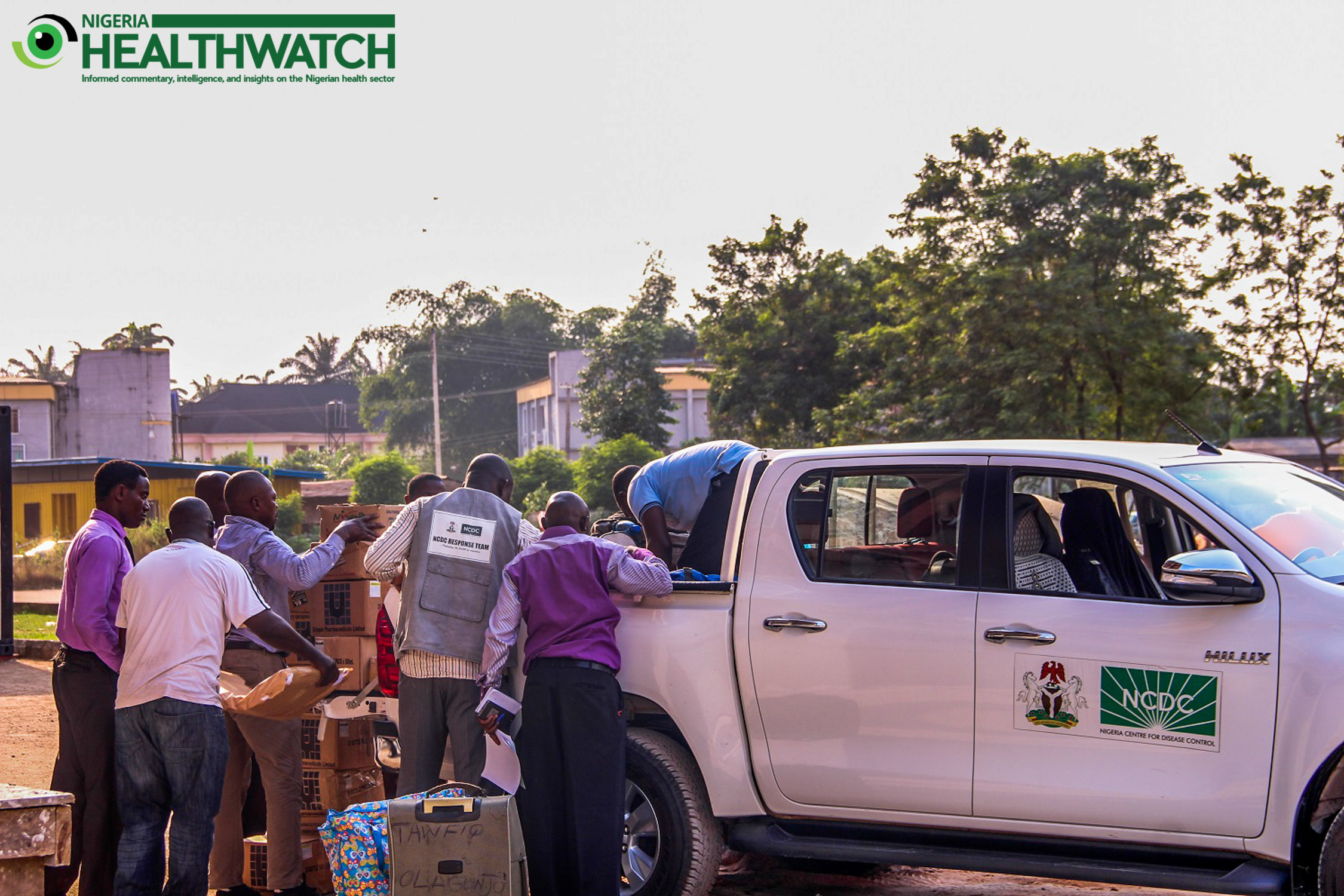 Further cases were reported from neighbouring villages. Most of the patients were young. “We were helpless and scared. We would have left this place like some other people, but we just had to stay and see what we could do to help the people,” a staff member at the health centre said. He pauses to watch a group of young men struggle to balance a roughly constructed coffin on a motorcycle in the rain. “The young man in that coffin came last night and just died this morning of the same sickness that’s killing people. He was already bad when he came, and we couldn’t do much for him. It’s so painful. He’s from Taraba state and his wife is pregnant,” he said.

Even though things have improved now with community members becoming more sensitized about the outbreak and informed about vaccination and how to protect themselves, staff at the facility said activities only escalated when some of the development partners working in the state came to the facility. Response activities in the state now involve investigations and contact tracing led by rapid response teams from the NCDC headquarters, vector investigations led by team from the National Arbovirus and Vectors Research Centre Enugu and while plans have commenced for a reactive vaccination campaign. 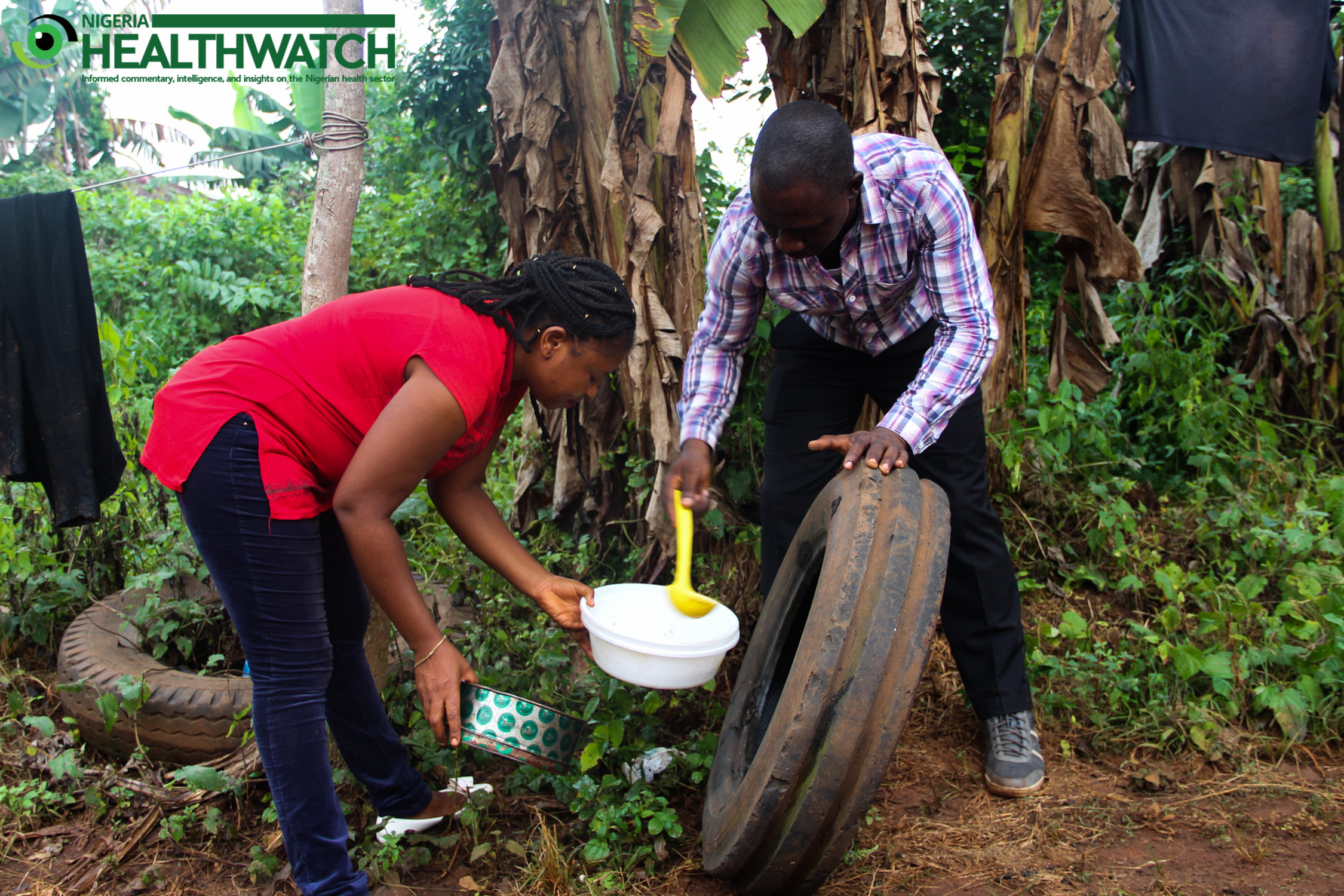 Preparedness versus Readiness
While it may not be possible for any country to be completely ready for the next disease outbreak, preparedness is paramount. Edo State Epidemiologist Dr. Irowa believes the state is taking ownership of the health of the citizens because health is on the concurrent list, and this places a responsibility on the state to create or domesticate policies and efforts by the federal government. “Edo State is one of the states most prepared for a number of outbreaks. For a state to be prepared, you need to have surveillance systems that can pick out diseases as they emerge,” he said. Emergency preparedness in the state is under the purview of the Department of Disease Control and coordinated through the Epidemiology Unit with support from international partners working in the state. The Surveillance Outbreak and Response Management Analysis System (SORMAS) tool deployed by the NCDC enables Irowa to receive real time updates from DSNOs spread across the state. The major challenges that mitigate against preparedness efforts here are manpower and funding. He however said the state government supports response activities with releases of over N100 million in the past.

Opportunities for Improvement
American politician, Rahm Emanuel is quoted to have said, “You never want a serious crisis to go to waste”. Edo State and the entire public health community can learn from this statement by ensuring that when they are unable to prevent disease outbreaks, they have an opportunity to learn and better prepare for the next one. 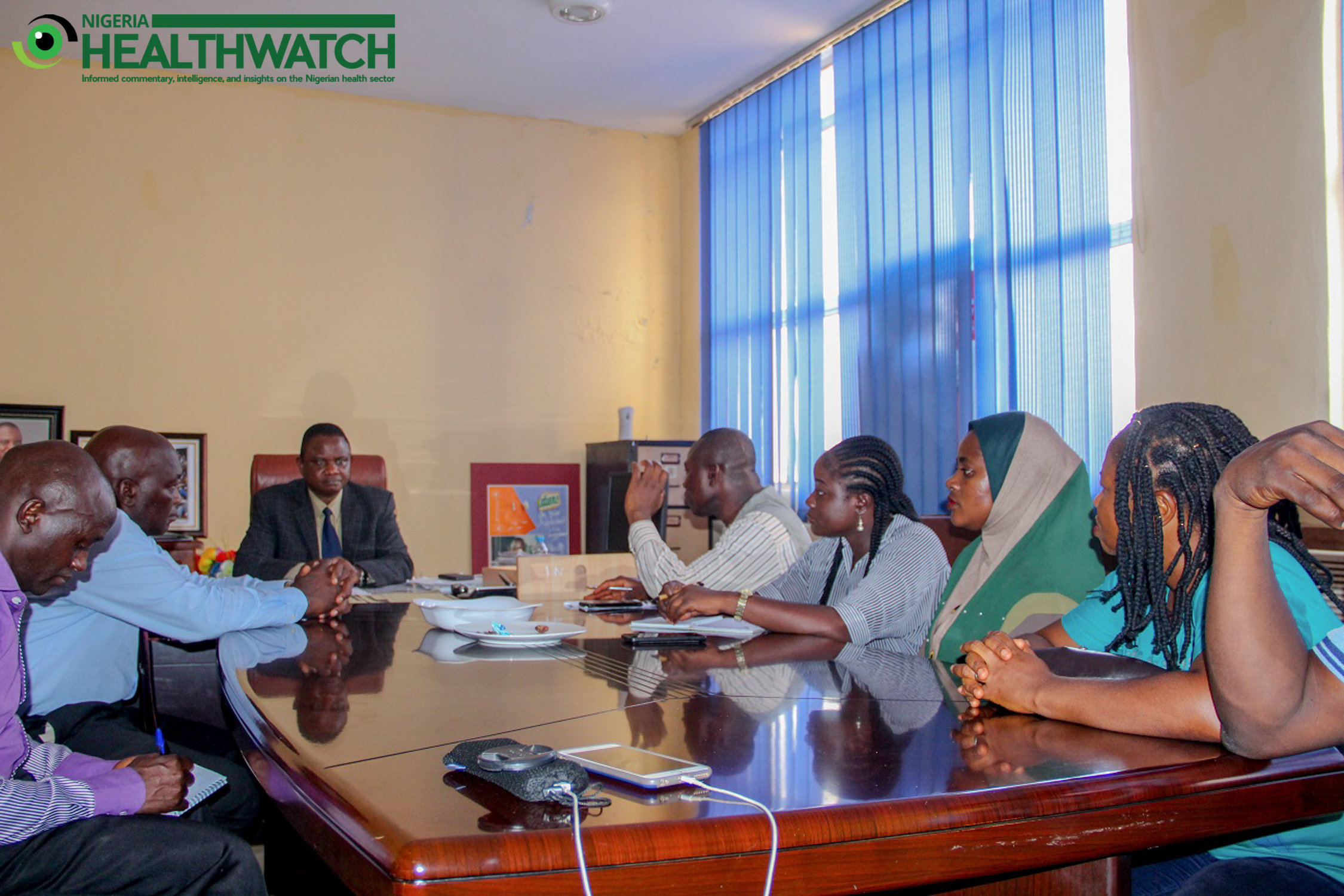 While the legal mandate provided by the NCDC Act will provide a dedicated budget line for epidemic preparedness and response in Nigeria, the Chairman House Committee on Health Services at the Federal House of Representatives, Hon. Chike Okafor, believes state legislators should ensure that they adequately allocate funding for epidemic preparedness and the executive should ensure it is released. Edo State is already leading in this area by timely budget presentation, approval and budgeting for epidemic preparedness. The important question to ask now is “Are enough funds budgeted?” “How much of the funds budgeted was actually released and effectively utilized?” The 2018 budget breakdown of the state had N1 million appropriated for Lassa Fever and other Neglected Tropical Diseases (NTDs). The same amount was appropriated for Surveillance/Outbreak of Disease/Investigation & Control. This amount is inadequate and can barely support efficient and effective epidemic preparedness efforts.

How far can these funds go, especially in mobilising logistics for consistent disease surveillance across the state? There are numerous competing demands on the state’s resources, but the consequences of misplaced priorities should guide states on the areas in which to invest. While a lack of social amenities can make life uncomfortable, ill-health or widespread disease outbreaks mean there won’t even be lives to take advantage of the amenities. States should get their priorities right and invest wisely. While responding to outbreaks, they should observe new dynamics and create more innovative responses that adequately fit into their context.

This way, DSNOs like Mrs Oboro and her colleagues will be better equipped and prepared to detect the next disease outbreak… and kick it out.